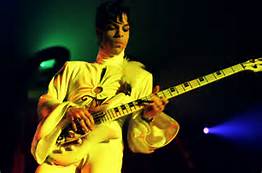 We’re looking forward to Black History Month in October, and as the new term starts, we’re taking a look at funk music. Funk is a genre that originated in the 1960s with musicians such as James Brown, was pioneered by singers like Betty Davis who was influenced by her husband, jazz musician Miles Davis, and by Jimi Hendrix. Funk was exemplified by the genius of Prince and it was among the styles explored by David Bowie, and integrated into his music.
This year has been significant in that it has featured the sad loss of two of these great music icons, Bowie and Prince, so a celebration of the music and its influences seems fitting.
There’s also an exciting addition to the exploration of the influential contributions made by the African American community in the USA. On September 24th 2016, the Smithsonian African American Museum’s music exhibit opens its doors, with a three-day celebration. The museum will showcase musicians and music history from R&B, hip-hop, jazz, rock, and many other genres, covering 400 years of history. It’s a timely reminder of the influence of many African American musicians.
The exhibition will feature James Brown’s electric Hammond Organ and an exact replica of the P-Funk Mothership, the space ship used as a stage prop by funk band Parliament Funkadelic. The original ship was scrapped and sold by the band in the early ’80s.
Funk is a genre created through a mix of soul, jazz and rhythm and blues music. It brings the rhythmic groove of the electric bass and drums to the foreground, de-emphasising the prominence of melody and chord progressions. Like many African influenced genres, the focus is on complex interlocking rhythms played on bass, drums, electric organ and guitar. Funk bands often have horn sections of saxophone, trumpets and trombones that play rhythmic punches.
The word funk refers to a strong smell, derived from the Latin, fumigare, to smoke. It captures the idea of a mustiness or earthiness that was adopted by jazz musicians to mean something strongly felt.
Funk is characterised by a two bar (two-celled) off-beat structure, originating in sub-Saharan African musical traditions.

Image: Wikipedia
This rhythm which derives from the mambo and conga was first integrated by musicians in New Orleans in the 1940s, and used to great effect by James Brown’s rhythm section. Like other music which originates in Africa, its roots are in the spirituals, blues, work-chants, gospel shouts and body rhythms of the African communities. Like other forms of African-American music, funk provided an outlet for the expression of the daily struggles of the poor and lower-class.
The chords used in funk are the same richly colourful extended chords used in jazz, chords with added sevenths, ninths and 11ths, but unlike jazz, funk uses very few chord changes and often features static single-chord vamps with a driving pulse. Chords are often modal – mixolydian or dorian in nature rather than major or minor – and melodies mix these modes with blues scales.
James Brown was one of the earliest exponents of funk. He redefined the genre as it was developing in New Orleans, being the first musician to put funk in a rock-n-roll beat. His signature groove gave heavy emphasis to the downbeat of every bar, moving away from the backbeat (one-two-three-four) that typified African American music.
Other musical groups and musicians picked up on the James Brown sound, and funk began to grow. The 1970s were the high point for funk in mainstream music, with bands including P-Funk (Parliament Funkadelic), Sly and the Family Stone, Rose Royce Donna Summer and Chaka Kahn to name a few. David Bowie’s 1974 album, Young Americans was funk influenced, as was Station to Station.
By the 1980s funk had been driven from the airwaves, replaced by hip hop and R&B, but rock bands began copying elements of funk, with groups including the Red Hot Chilli Peppers and Rage Against the Machine developing styles of funk rock and funk metal. The late 1970’s and 80’s also saw the rise of funk icon, Prince. Using stripped down instrumentation similar to that of James Brown, Prince was to have more of an influence that any funk artist since the 60’s. His music was as ambitious and outrageous as his stage show, combining eroticism, technology and rhythmic and melodic complexity. He won seven Grammy Awards, a Golden Globe and an Academy Award, and in 2004 was inducted into the Rock and Roll Hall of Fame. Rolling Stone ranked Prince at number 27 on its list of 100 most influential artists of the rock & roll era.
Tagged as: FUNK, POP MUSIC
Share this post: