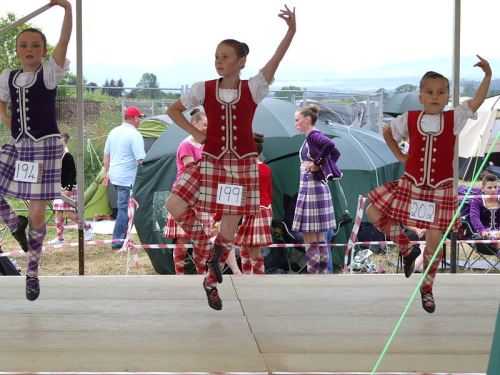 Scotland is internationally renowned for its traditional music and dance, in particular the unmistakable sound of the highland bagpipes. But the pipes are only one aspect of Scottish music: They are often used to accompany solo and competition dancing, but music for social dancing is more likely to be performed on instruments including the accordion, fiddle and flute.
The folk music of Scotland, like that of other cultures, centres predominantly around songs or ballads and dancing.
Traditional dance in Scotland has a more formal history than that of England, which is reflected in the strict conventions of Scottish reeling. Just as the music of Scotland was heavily influenced by art music from other countries, and fiddlers aspired to the same technical expertise as violinists such as Paganini, dance was, to some extent defined by the upper classes as much as by the working people.
There are four main categories of Scottish Dance:
The Country Dance
Scottish Country Dancing is mostly used at social gatherings, although it is also sometimes performed. Dancers complete each dance in sets of three, four or five couples, arranged either in two lines with the men facing the ladies, or in a square. During the course of the dance, the dancers complete a series of figures enough times to bring them back to their opening positions.
In England, the idea of the formal country dance is thought to have derived from the French contra danse, where couples dance opposite each other in a square, round or longwise set. This originated in England during the 17th century, although its roots go back as far as the Court of Elizabeth I. In 1651, John Playford, a bookseller to the Inns of Court in London, published a collection of country dances, the tunes for which were predominantly Irish and Scottish. By 1728 the book had run to its 18th print, and it is still available in various editions today!
During the 18th century, the Scottish city of Edinburgh rose in status. Formal balls became an important part of society life. Formal dance styles were also developing in the French court, and these were held by the English and Scots to be the highest form of the art in formality, gentility and style. The French dance style called the contredanse or cotillon formed the basis of the quadrille, which superseded the country dance in 19th century England. It is also considered to be the root of some styles of ceilidh dance. 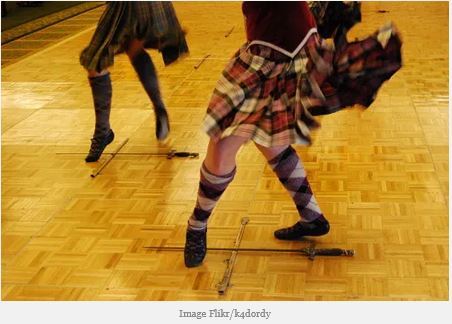