The Etiquette of Applause 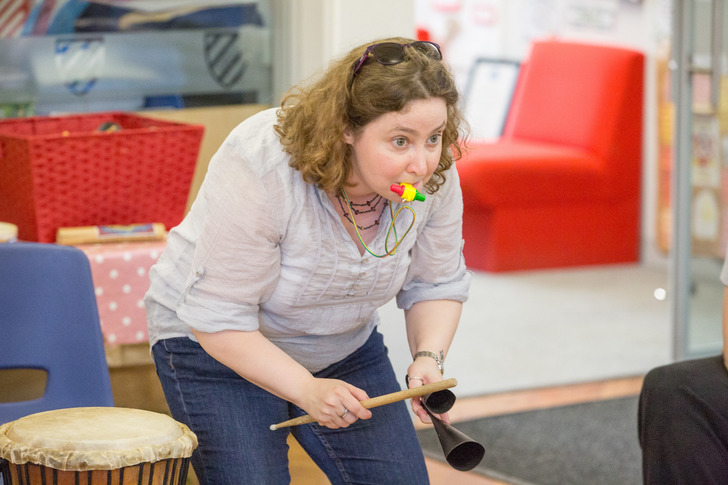 It’s a question that comes up seemingly annually, often around the BBC Proms Season, it’s confusing and even controversial in classical music: when it the “correct” time to clap? The Music Workshop Company’s Founder and Artistic Director, Maria Thomas, shares her feelings about applause and its impact on the concert experience.
"Different styles of music each have their own traditions about when clapping is appropriate. In Latin American music clapping along to the music is often encouraged. In jazz is it usual to clap immediately after a solo and then again at the end of piece. In classical music, recent tradition suggests audiences should refrain from clapping until the end of the piece, signified by the conductor placing the baton down on the music stand, rather than at the end of each movement. The etiquette of clapping in opera seems to be particularly nuanced depending on programming and venue.
The topic of concert etiquette is so challenging it even has its own Wikipedia page.
Note that I mentioned “recent tradition” with reference to Classical Music above. In the past it was usual for audiences to applaud between the movements of symphonies, and if enough enthusiasm was shown, a movement would be repeated before the next movement was played. The response of audiences indicated to composers and performers the views of those listening.
However, in the 19th and 20th Century there was a move to restrict clapping so audiences would only applaud at the end of a piece. Mahler apparently specified in the score of his Kindertotenlieder that its movements should not be punctuated by applause.
The debate on clapping in classical music has been raging for decades. Arthur Rubinstein, the pianist, said in a 1966 interview, “It’s barbaric to tell people it is uncivilized to applaud something you like.” Alex Ross’s discussion in The Rest Is Noise gives a variety of examples of the debate.
Back in 2016, the Telegraph discussed the response to clapping in between movements at the Proms and reported that many regular ‘prommers’ dislike the habit, whereas Proms Director David Pickard believes it is a good thing:
"If you’re listening to something and you think it’s exciting you applaud it."
This year the question was raised again by Chi Chi Nwanoku, double bass player and Founder of the Chineke! Orchestra. In an article in the Guardian, Nwanoku states:
"I despair when anyone is reprimanded for showing their spontaneous response at the end of a movement, particularly a heady one that ends on a high… It’s absolutely fantastic to be on the receiving end of rapturous and spontaneous applause."
The Guardian’s letters page featured a number of responses to this comment, some agreeing with Nwanoku’s opinion:
"It is intellectual snobbery at its worst to maintain that one must listen to the entire work in silence."
And some disagreeing:
"The silence at the end was a profoundly emotional one. And it was into that silence that a small amount of applause broke the spell."
Those who support the idea of clapping in between the movements of a classical work seem to come both from both sides of the performance; auditorium and the stage. 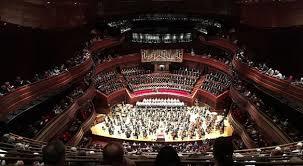 As Nwanoku discussed, reasons for accepting that people will clap in between movements include cultural differences and the possibility that people might be put off attending concerts because they don’t understand the etiquette or are worried about getting something wrong.
As both a performer and concert-goer (including regularly as a ‘prommer’), I know what I prefer in the concert hall, and that is saving the clapping until the end. As noted by the Guardian letter-writer above, there is often a magical moment at the end of a movement, a short pause before moving into the next.
In a similar way, I find it frustrating when a classical radio station plays individual movements of symphonies. The end of the movement is reached, and if I know the work I am mentally preparing for the opening of the next movement when the presenter speaks…
I also find it frustrating in jazz gigs when audiences clap over the music to acknowledge a solo.
As one of the Guardian letter-writers acknowledged:
"I would never be so rude as shushing those who clap between movements, but that doesn’t mean that I like it."
So is there an alternative way for audiences to show their appreciation? Orchestral musicians shuffle their feet when a colleague has performed particularly well. It can only be heard by those nearby and is designed to be a subtle movement and sound, but large audiences doing this would still break that magical silence.
How about adopting an alternative way of showing appreciation that is in use by many people already – the gesture of waving both hands in the air, sometimes called ‘jazz hands’ that is used by the deaf community and others such as those with autism. It allows people to ‘applaud’ without breaking the peace, and for those who do not want to be disturbed between movements, they can shut their eyes and enjoy the silence.”
How do you feel about concert etiquette and applause? Does clapping between movements bother you, or would you prefer to be able to spontaneously express your appreciation of a particularly fine performance? Is it elitist or respectful to follow tradition? Would worries about correct etiquette put you off attending concerts? Let us know what you think!
Tagged as: CLAPPING, CLASSICAL MUSIC, CONCERTS
Share this post: