Your Year in Music 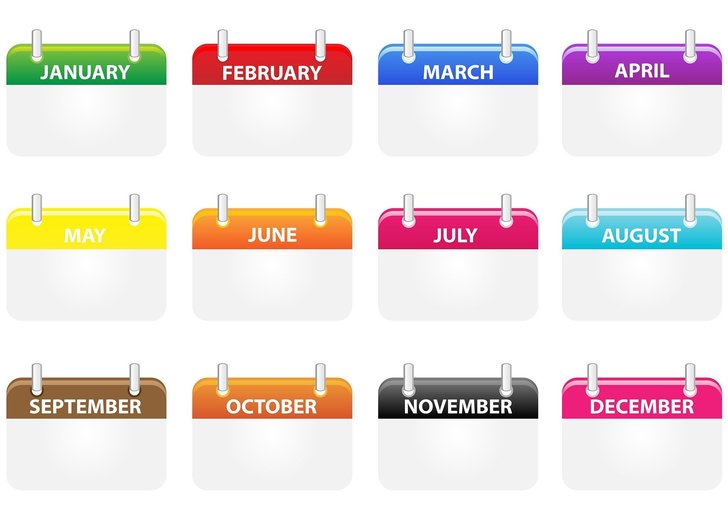 Our workshops here at the Music Workshop Company explore music, culture and history from all over the globe. Many festivals and important calendar events can be linked to a workshop theme to add depth and understanding to a topic.
This month we take a look ahead to see how music workshops relate to learning throughout the year.
Autumn Term
October is Black History Month, a month dedicated to the remembering and celebration of African culture. This is a culture rich in musical heritage, much of which is perfect for group learning and participation. Workshop choices include African Drumming, African Songs, South African Songs, Blues and Afro-American Songs.
October 12th is Children’s Day in Brazil, a chance to try a Samba Workshop. Many countries around the world celebrate Children’s Day, honouring children and raising awareness of children’s issues. Read about Samba here.
October 31st is Halloween, a perfect opportunity to work on song writing and composition. Halloween (All Hallow’s Eve) is a Christian festival dedicated to remembering the dead, but has become synonymous with ghosts, ghouls and other spooky beings. A composition workshop could explore horror-movie style creepy music.. Listen to our Spooky Halloween Playlist. 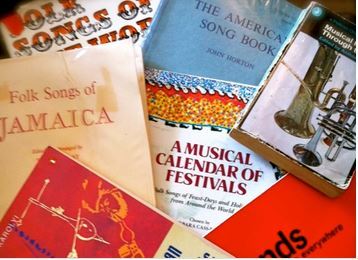 November 20th is Universal Children’s Day, an annual celebration first proclaimed by the United Nations General Assembly in 1954. It was established to encourage all countries to dedicate a day, firstly to promote mutual exchange and understanding among children and secondly to initiate action to benefit and promote the welfare of the world’s children. Song writing and composition workshops can be designed to look at the subject of Children’s Day.
November 30th is St Andew’s Day, the feast day of the Scottish patron saint. Learn about Scottish folk music in a Scottish Songs workshop, or try some Scottish dancing in a Ceilidh Workshop. Learn about Scottish dance here.
Spring Term
January 19th 2015 is Martin Luther King Day in the USA. The life and contribution of Martin Luther King is observed on the 3rd Monday in January throughout America. Integrate Blues and Afro-American Songs Workshops into your study.
January 26th is Australia Day. It’s the anniversary of the arrival of the first fleet of convict ships from Great Britain, and the raising of the Union Jack at Sydney Cove by its commander Captain Arthur Phillip, in 1788. This is a great subject to explore in a composition workshop and we also offer Australian Songs for a direct link to that extraordinary time.
February 1st February is National Freedom Day in the USA. President Lincoln signed the 13th Amendment outlawing slavery on February 1st 1865. Explore American culture with our American Songs and Song Writing workshops.
Monday 2nd February 2015 is Constitution Day in Mexico and a chance to try a Mexican Songs workshop.
February 6th is Waitangi Day in New Zealand Day. This holiday commemorates the signing of the Treaty of Waitangi; New Zealand’s founding document. Explore the New Zealand culture with a New Zealand Songs workshop.
March 1st is St David’s Day, the feast day of the Welsh patron saint. Wales, and an opportunity to study Welsh Songs and Dance in our workshops. Read about Welsh song here. Read about Welsh dance here. Listen to our Welsh Traditional Songs Playlist. 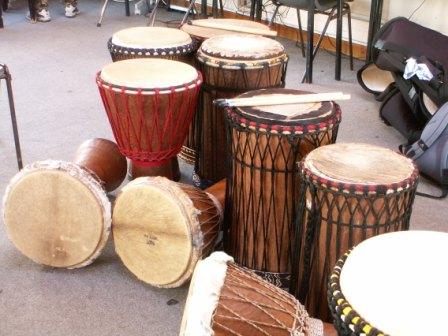 March 6th is Ghanaian Independence Day. An African Drumming workshop will give a fantastic window into the culture, people and history of Ghana.
March 17th is St Patrick’s Day in Ireland. Learn about the incredible musical history of Ireland in our Irish Songs workshop.
April 2nd is International Children’s Book day. Song writing and Composition workshops can be based on favourite books and stories to look at aspects such as character and plot development in literature.
Summer Term
April 23rd is St George’s Day in England. England has a wonderful folk music history which you can discover in our English Songs and English Dance workshops. Read about English folk music here. Read about English folk dance here.
May 23rd May is Labour Day in Jamaica. Until 1961, May 24 was celebrated as Empire Day in Jamaica, in honour of the birthday of Queen Victoria and her emancipation of slaves in Jamaica.In 1961 the day was renamed Labour Day, remembering the anniversary of Jamaica’s independence. Relevant workshops include Jamaican Songs and Song Writing.
June 1st is Children’s Day in Poland. The festival was introduced in Poland in 1952 and coincides with the beginning of summer. Schools organise special activities and the festive events run during the first week of June. Parents buy small gifts for their children. The Polish Songs workshop looks at the culture of Poland.
June 14th is Bastille Day in France. Bastille Day is the French National Day commemorating the beginning of the French Revolution. This is an opportunity to explore the French Songs workshop.
All of our workshops are tailored to the specific needs of our clients and the participants. To discuss a custom-built workshop exploring any of these festivals and events, contact the Music Workshop Company today.
Tagged as: BLACK HISTORY MONTH, ENGLISH MUSIC, MUSIC WORKSHOP, SCOTTISH MUSIC, WELSH
Share this post: