All Change at AQA 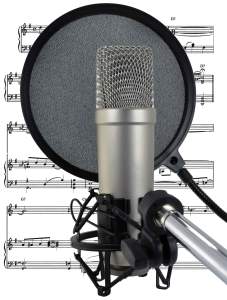 Since the Rhinegold Expo back in March, Maria at the Music Workshop Company has been working to create a guest blog spot, to keep you up to date with what’s happening in the world of music education.
This month the MWC team are excited to welcome Sarah Perryman, Music Qualifications Developer at AQA, as she explains what’s new for GCSEs, AS levels and A-levels, and how the exam board created their new music qualifications…
You’ve probably heard that due to new criteria set out by Ofqual and the Department of Education, GCSE, AS and A-level Music is changing.
Change can be healthy, progressive and in the best interests of your students. It can also be worrying and stressful for teachers who are under pressure to get results.
I’m honoured to have been asked by The Music Workshop Company to talk to you about the forthcoming exam changes and tell you about our new GCSE, AS and A-level Music.
So, what’s new at AQA?
Firstly, I’m new! I’m thrilled to be a Music Qualifications Developer for AQA. Previously, I’ve completed a Music degree, trained as a musical theatre actress at Mountview Academy of Theatre Arts, worked in theatre, radio and TV, and run my own production company.
How did we create our new music qualifications?
Many people don’t realise that we’re an independent education charity and the largest provider of academic qualifications taught in schools and colleges. This means that we use the money we make to advance education and help teachers and students realise their potential.
The exam alterations gave us the opportunity to create positive change across all three of our music qualifications. Our Qualifications Developer Jeremy Ward, brought huge energy to their development, hardly surprising considering he’s an experienced musician and previously Executive Director at Rockschool. Students will now study The Beatles, Labrinth, Daft Punk and music technology is fully integrated.
We’re incredibly proud of the evolution of our qualifications. They’re engaging, inspiring and sufficiently rigorous to be highly valued by employers and universities.
The response to our draft proposals has been overwhelming – particularly our GCSE, which sparked huge interest. We enjoyed coverage in the Guardian, Independent, Telegraph, NME Magazine and on BBC radio.
They’re relevant and contemporary – more styles and genres, more artists and composers and more opportunities to compose and perform.
Designed to be taught the way students learn – we’ve scored excerpts of the GCSE study pieces for modern and classical instruments so that your students can get to know them even better.
All music styles are valued – our specification appreciates all styles and genres, skills and instruments, catering for different learning styles and musical tastes.
Music technology is fully integrated – many areas of study have artists or composers who have written works in this format and students can perform and compose using technology. 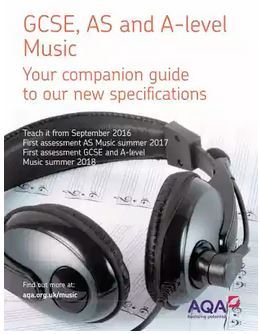 If you’re feeling unsure about any of the changes, don’t worry. The new music specifications don’t launch until September 2016 so you have plenty of time to prepare.
We can support you in all sorts of ways
Our music subject advisors are just a phone call away
Our Music team and Teacher Network Group offer advice and support.
Free teaching resources from our music community which includes the BBC, The Royal Albert Hall, Music for Youth and the Museum of Liverpool.
Email updates keep you informed of our new resources and events. If you’d like to receive them, email music@aqa.org.uk
Free introductory launch meetings for GCSE, AS and A-level tell you all about our new specifications, resources and exams (book early if you’re interested, these are always popular!) 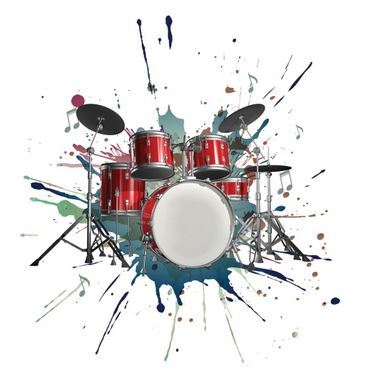 All that’s left to say is thank you to The Music Workshop Company for inviting me to contribute to their blog. I hope you’ve found this helpful and that your students’ examinations go well.
Best wishes,
Sarah Perryman
AQA Qualifications Developer
Music
Tagged as: A LEVEL MUSIC, AQA, GCSE MUSIC, GUEST BLOG, MUSIC EDUCATION
Share this post: