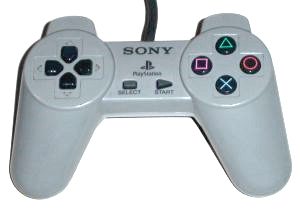 A new survey by YouGov, commissioned by the Royal Philharmonic Orchestra (RPO), shows video games as an important access point for young people to experience classical music.
The research, which included children aged six to 16, found that 15% said they listen to classical music “when it’s part of a computer game I’m playing”, while only 11% said “when I go to music concerts”. In fact, technology and screen-time seems to be the first place that many children hear classical music, with film tracks and television forming the basis for most exposure.
[Image: Takosuke]
The managing director of the RPO, James Williams, believes that video game music is as valid an introduction to classical music for children as a live concert.
In an interview with the Telegraph, Williams said, “I think exposure to orchestral music in all its forms is a fantastic thing. It is encouraging to hear that there are platforms and opportunities for young people to engage with orchestral music, albeit in different mediums. It is about sparking their interest.
“What we are finding is once we have lit that fire there is a real desire to carry that journey on and explore. If [computer games] are the trigger and the catalyst that can only be a really positive thing.”
Video game music is an area that has grown in popularity in recent years, becoming as sophisticated as film music in its execution. It attracts high salaries and prestigious composers including those like Hans Zimmer who are primarily known for their film writing. Music from games regularly features in Classic FM’s annual countdown of the UK’s favourite classical music. In Classic FM Hall of Fame 2016, Nobuo Uematsu’s Final Fantasy soundtrack reached number 17 while Kingdom Hearts by Yoko Shimomura was number at 30.
Recognising this popularity, Classic FM partnered with the RPO in 2017 to present a concert at London’s Royal Albert Hall called PlayStation in Concert.
According to Williams, the concert attracted audience members who had never been to a live classical music concert before. “This is in no way undermining Beethoven and Brahms which are still the core repertoire,” he explained, “But we are embracing all these new opportunities, they are access points for new audiences.”
Williams also stressed that the music is of high quality, and that the RPO’s inclusion of video game music was not a dumbing-down. The past five years have seen a real acceleration in video game music, and the music industry is always keen to explore new initiatives. At the same time, Williams reflects that teachers are no longer encouraging music in the way they used to, citing research which found that less than a third of children are exposed to classical music at school.
Williams said, “The thing I found most alarming is the fact that in those schools that didn’t encourage music, the number who went on to discover other music fell dramatically. That is a worrying trend.”
Film composers who have worked on video games:
Hans Zimmer
Considered to be one of the greatest, and certainly prolific, film composers, Zimmer is responsible for the scores to movies including Pirates of the Caribbean, Rain Man, Driving Miss Daisy, Backdraft, True Romance, Gladiator, The Last Samurai and Inception. He’s collaborated with many top filmmakers such as Ridley Scott, Ron Howard, and Christopher Nolan.
He’s also worked on soundtracks for video games, notably with Lorne Balfe on Call of Duty: Modern Warfare 2. When asked whether video game music was still art, he said, “Absolutely, that we can’t even question anymore. When movies first came out, maybe they were in black and white and there wasn’t any sound and people were saying the theatre is still the place to be. But now movies and theatre have found their own place in the world. They are each legitimate art forms.”
Joe Hisaishi
The Japanese have long been known as pioneers in the video-game world. Icons such as Pac-Man and the Nintendo brand came from Japan. It makes sense, therefore, that one of Japan’s most critically acclaimed film composers also writes for video games.
Hisaishi has written music for films including those of animator Hayao Miyazaki (famous for Spirited Away). He also composed the soundtrack for the fantasy video game series “Ni No Kuni.”
Harry Gregson Williams
Williams has worked as a film composer on films including the Shrek franchise and The Chronicles of Narnia. He has also written for Call of Duty: Advanced Warfare, and the Metal Gear series of games.
In this short video, Williams explains the process of writing for games:
Video game music inhabits two traditionally male-dominated worlds, music composition and technology. While there is focus on addressing gender bias in classical music composition in general, it’s interesting to note that many successful video game composers are women too.
Female Video Game Composers:
Winifred Philips – Composition credits include God of War, Assassin’s Creed III: Liberation, and the Little Big Planet series.
Yoko Shimomura – Kingdom Hearts
Rika Muranaka – Metal Gear Solid
Shinobu Tanaka – Mario Kart’s “Rainbow Road” track
Hayat Selim – Initia: Elemental Arena, The Solar System
Tagged as: COMPOSITION, FEMALE COMPOSERS, GAME AUDIO
Share this post: