Poetry and the Joy of Human Expression 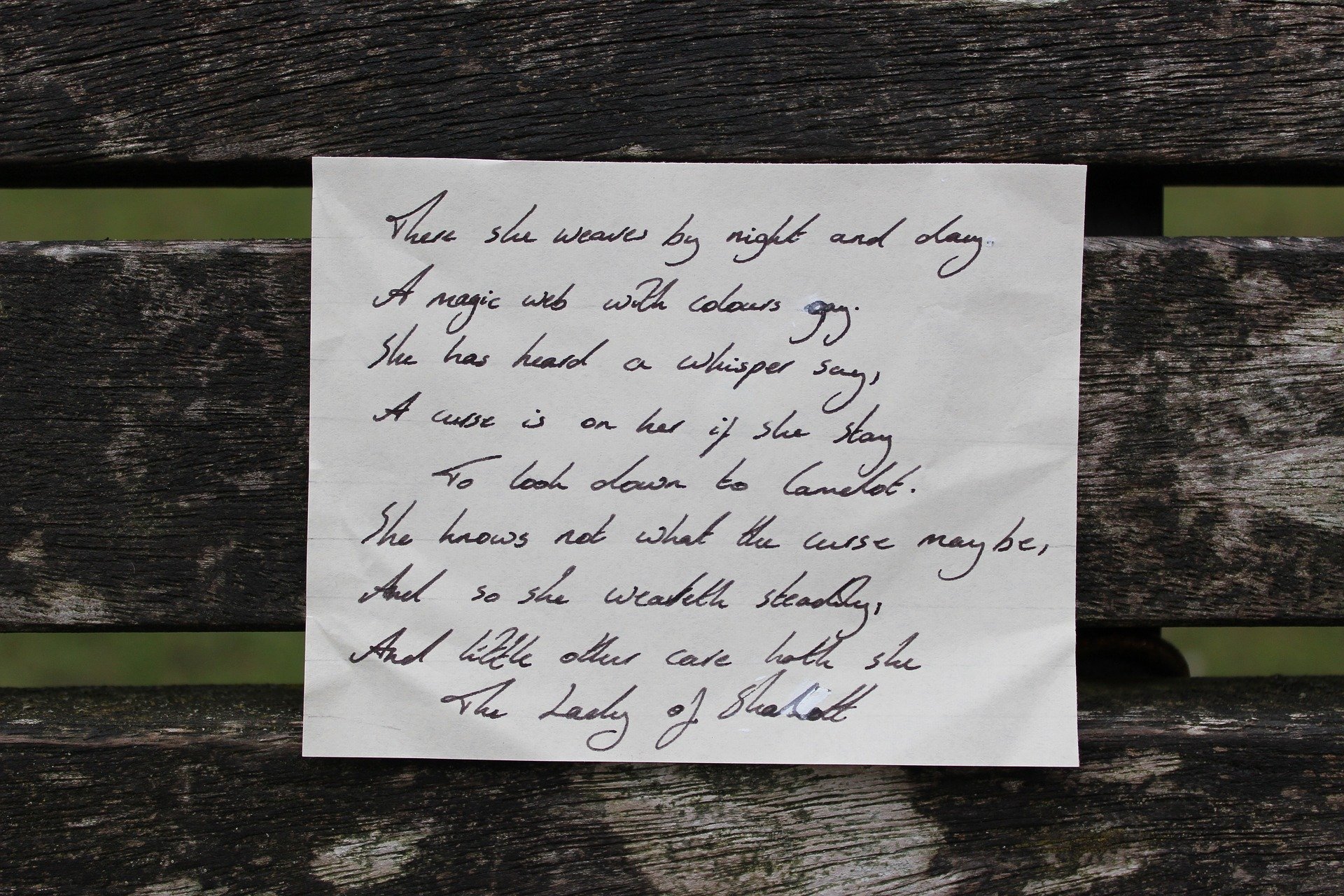 World Poetry Day falls on March 21st 2020. The annual celebration, which was adopted by UNESCO in 1999, is an opportunity to revive oral traditions, promote the reading, writing and teaching of poetry, and foster the convergence between poetry and other arts, including music. Poetry can act as a uniting force, expressing common human experiences – a vital force for connection in difficult times – and so UNESCO extends the invitation to everyone to take part.
"In celebrating World Poetry Day, March 21, UNESCO recognizes the unique ability of poetry to capture the creative spirit of the human mind. Poetry is the mainstay of oral tradition and, over centuries, can communicate the innermost values of diverse cultures." - UNESCO
Music and poetry are compatible – rhythmically, expressively and emotionally. Song lyrics have elements of poetry – some are even poems set to music – and many works of classical music are based on poems. There are even pieces called ‘poems’. Tone poems or symphonic poems are single-movement orchestral works, normally from the Romantic period, that illustrate or evoke the content of a poem or other non-musical source. Their descriptive power is clear from the use of tone poems like Also Sprach Zarathustra and the Sorcerer’s Apprentice in pop culture. The awe in the opening notes of Strauss’s tone poem hold a common human experience that speaks of the vast emptiness of space in Kubrick’s 2001 and the rising of the sun in its original context.
In popular music, some of the most notable songwriters have either been celebrated as poets or published books of poetry. Bob Dylan won the 2016 Nobel Prize for Literature, “for having created new poetic expressions within the great American song tradition.”
In his acceptance speech, Dylan explained:
"If a song moves you, that’s all that’s important. I don’t have to know what a song means. I’ve written all kinds of things into my songs. And I’m not going to worry about it – what it all means.
Our songs are alive in the land of the living. But songs are unlike literature. They’re meant to be sung, not read. The words in Shakespeare’s plays were meant to be acted on the stage. Just as lyrics in songs are meant to be sung, not read on a page. And I hope some of you get the chance to listen to these lyrics the way they were intended to be heard: in concert or on record or however people are listening to songs these days. I return once again to Homer, who says, “Sing in me, oh Muse, and through me tell the story."
Bob Dylan
Leonard Cohen, a contemporary of Dylan’s was a poet first and a songwriter second. A post on BBC 6 Music’s social media asking people to list their favourite Cohen lyrics attracted hundreds of varied replies. Such was his command of language and the extraordinary feelings he could evoke with a simple twist of words. Cohen had his opinions on fellow artists. After Bob Dylan was awarded with his Nobel Prize, Cohen commented,
"To me,” he said, “[the award] is like pinning a medal on Mount Everest for being the highest mountain."
Leonard Cohen
In March 2015, Cohen wrote a poem in reply to comments made by rapper Kanye West in a talk at Oxford University. In the talk, West had expressed a wish that he’d studied art, saying:
"My goal, if I was going to do art, fine art, would have been to become Picasso or greater. That always sounds so funny to people, comparing yourself to someone who has done so much, and that’s a mentality that suppresses humanity."
Kanye West
In response, Cohen wrote this poem:
Kanye West is not Picasso
I am Picasso
Kanye West is not Edison
I am Edison
I am Tesla
Jay-Z is not the Dylan of Anything
I am the Dylan of anything
I am the Kanye West of Kanye West
The Kanye West
Of the great bogus shift of bull**** culture
From one boutique to another
I am Tesla
I am his coil
The coil that made electricity soft as a bed
I am the Kanye West Kanye West thinks he is
When he shoves your ass off the stage
I am the real Kanye West
I don’t get around much anymore
I never have
I only come alive after a war
And we have not had it yet
For many, poetry may seem irrelevant, romantic, difficult and inaccessible. But Dylan wrote about war, politics, ecological concerns and protest, and Cohen penned lyrics full of irony, love, joy and intense agony.
In difficult and conflicting times, perhaps it’s time to delve deeper, to explore the incredible wealth of poetry that exists within the world of musical compositions and song writing and to express our anger with poems as well as placards.
Featured Image by Trust “Tru” Katsande on Unsplash
Tagged as: BOB DYLAN, GLOBAL WARMING, HUMAN CONNECTION, LEONARD COHEN, MUSIC AND LYRICS, MUSIC AND POETRY, ORCHASTRAL MUSIC, POET, POETRY, ROMANTIC MUSIC, SONG WRITING, SONGWRITERS, SYMPHONIC POEM, TONE POEM, UNESCO, WAR, WORLD POETRY DAY, WORLD POETRY DAY 2020
Share this post: