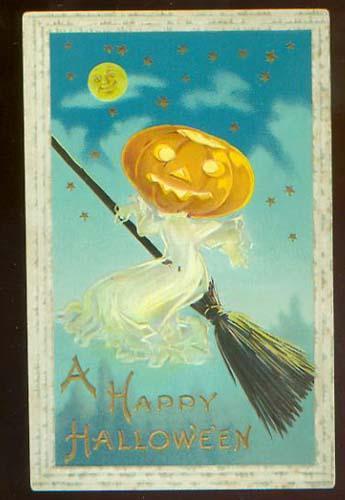 Music can play on the emotions very strongly; a phenomenon explored throughout music history but more recently and notably manipulated by composers of film and TV soundtracks.
One of the strongest reactions to sounds can be fear. In the run up to Halloween we take a look at some scary music. What inspired the composers and why do these sounds frighten us?
A 2012 article in Time Magazine describes the result of a scientific study to determine why some sounds create a fearful reaction. The research was carried out by Daniel Blumstein, chair of the department of Ecology and Evolutionary Biology at UCLA and an expert in animal distress calls, in collaboration with the film composer Peter Kaye.
Blumstein wanted to explore the link between sounds classified as non-linear chaotic noise (animal screams, babies cries and dissonant chords) and the way scary music plays on the ingrained biological reaction that it these sounds provoke. He discovered that horror movie scores frequently used these non-linear noises. The sound tracks for The Exorcist and The Shining, two of the most terrifying classic films ever made, even use recordings of animal screams.
But composers were making use of scary noises long before film existed.
In his opera Don Giovanni, Mozart creates a terrifying scene as his lead character is dragged into Hell.
Earlier in the same opera, the arrival of the ghost of the Commendatory is accompanied by scary chords with silence in between, which heighten the drama of a father back for revenge.
Saint Saëns’ 1874 work Danse Macabre depicts a tale of Halloween horror. According to legend, Death appears at midnight every Halloween. He calls forth the dead from their graves to dance for him while he plays his fiddle. The skeletons dance for him until the cock crows at dawn when they return to their graves for another year. Saint Saëns illustrates the story with music, using the solo violin to represent death’s fiddle. The work opens with a single note on the harp, repeated twelve times to represent the twelve strokes of midnight. The solo violin enters playing a tritone. During baroque and medieval times, this interval was known as the diabolus in musica – the devil in music. The xylophone is used to represent the bones of the dancing skeletons, imitating the sound of rattling bones.
This short film from Walt Disney’s Symphony is another great example of percussion being used to illustrate dancing skeletons:
Hector Berlioz’s Dreams of a Witches’ Sabbath from his 1830 work Symphonie Fantastique is another piece that illustrates a scary story. In his programme notes, Berlioz wrote of his character:
"He sees himself at a witches’ sabbath, in the midst of a hideous gathering of shades, sorcerers and monsters of every kind who have come together for his funeral. Strange sounds, groans, outbursts of laughter; distant shouts which seem to be answered by more shouts. The beloved melody appears once more, but has now lost its noble and shy character; it is now no more than a vulgar dance tune, trivial and grotesque: it is she who is coming to the sabbath … Roar of delight at her arrival … She joins the diabolical orgy … The funeral knell tolls, burlesque parody of the Dies irae, the dance of the witches. The dance of the witches combined with the Dies irae."
This excerpt from Hermann’s Pyscho Suite begins with suspenseful dissonant chords not dissimilar from the energetic dance of Berlioz’s Witches’ Sabbath. It employs heavy use of the semitone figure which also gives the feeling of terror in Jaws. The screaming violins replicate those animal cries that play on our primal instincts, creating a sense of fear and discomfort.
The opening music for the classic horror film, The Shining uses the Dies Irae from Berlioz’s Witches’ Sabbath, overdubbed with eerie sound effects. This is really creepy.
Nightmare on Elm Street composer Charles Bernstein also used dissonance and sound effects to create a really suspense-filled, scary soundtrack. In the 1970s and 1980s there was a move away from traditional orchestral scoring, and apart from a few vocal elements, performed by the composer himself and heavily distorted, this film score is entirely electronic.
This clip of the opening to Tim Burton’s Nightmare before Christmas is interesting in that is includes the music for Disney at the beginning. This is in a major key with no dissonance, with lots of sweet, shimmery sounds and upward scales. It makes the listener feel optimistic and happy, where the music for the song This is Halloween reverts to the scary minor key with lots of low notes and sound effects. This music is not as scary as the soundtracks for The Shining and Psycho – it maintains a light-hearted look at Halloween which works well with the story.
The idea of dead people dancing was used to great effect by Michael Jackson in his famous song Thriller. Scary orchestral effects are used as Jackson turns into a zombie and begins the eerie dance. Otherwise the music is not suspenseful – it does not create a feeling of fear. The main aspect in this is the dance, in which Jackson was a pioneer.
Whereas the Monster Mash by Bobby “Boris” Pickett & the Crypt-Kickers was just a bit of pure Halloween silliness. This song is narrated by a mad scientist whose monster, late one evening, rises from a slab to perform a new dance. The dance becomes a huge hit when the scientist throws a party for other monsters.
The song features some inspired low-budget sound effects. The sound of a coffin opening was imitated by a rusty nail being pulled out of a board, the bubbling cauldron is actually water being bubbled through a straw, and the rattling chains were simply chains being dropped on a tile floor.
Listen to MWC's Spook Halloween Playlist for Primary Schools
Tagged as: CLASSICAL MUSIC, FILM MUSIC, HALLOWEEN, SCARY MUSIC
Share this post: