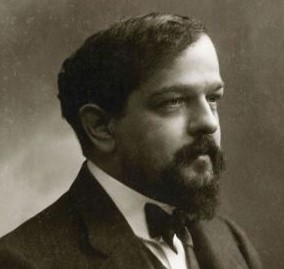 Achille Claude Debussy, or Claude Debussy as he’s usually known, was, along with Maurice Ravel, the most prominent French composer of classical music associated with Impressionism. Born in 1862, he died on March 25th, 1918, making this year the centenary of his death. His music is still incredibly popular, and ‘centenary’ recordings are trending in the classical music charts.
Impressionism is a term used to describe both music and art. In music, it indicates works that convey emotion, suggestion and atmosphere, using timbre (texture) harmony (colour) and orchestration (palette) in the same way that impressionist painters such as Monet and Renoir built an overall impression rather than a detailed realistic image.
These styles were in keeping with the literary fashion of the time: Symbolism. Symbolism was a reaction against the grittiness of realism. It featured metaphor and suggestion. Individual objects were given symbolic meanings with the intention of representing ‘absolute truths’ that could only be described indirectly.
Debussy rejected the term ‘Impressionism’ when applied to his music. In a letter of 1908 he wrote,
"I am trying to do ‘something different’ — in a way realities — what the imbeciles call ‘impressionism’ is a term which is as poorly used as possible, particularly by art critics."
In fact, the composer spent a lot of time, and shared many ideals with symbolist writers, including Mallarmé and Pierre Loüys. Although the label of ‘impressionist’ that was given him in a less than flattering way after he submitted Le Printemps to the Conseil de Art (it was refused by the Académie’s Secretary in a letter warning him about “impressionism, the most dangerous enemy of artistic truth”), he adhered more to symbolism than impressionism, and transcended both. 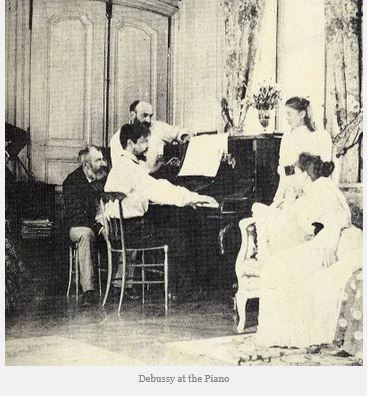 Debussy’s musical language marked the era of modernity. His focus was constantly on originality – a genuine trailblazer in the world of music. Experimental from the outset, he was also a brilliant pianist and a fantastic sight-reader. While he applied the techniques of the old masters, he pushed these to their limits. He used whole tone scales, pentatonicism, and unresolved dissonances by removing them from the tonal framework.
Travels to Russia in his youth had interested in non-European music. These trips possibly also prepared him for the Paris Exposition Universelle of 1889, where he discovered the Japanese gamelan and Annamite theatre. By integrating these elements into his language, he created a sound that was previously unknown and was to spark modernism in music.
Russian music itself made a strong impression. Influences from late nineteenth-century Russian music, including that of Tchaikovsky, Mussorgsky, and Borodin can be heard in Debussy. There was increasing cross-cultural flow during the period of the Franco-Russian alliance in the late nineteenth century, and Russian music was also performed and popularised by musicians including Liszt and Saint-Saëns.
As winner of the 1884 Prix de Rome with his composition L’enfant prodigue, Debussy had received a scholarship to the Académie des Beaux-Arts. This included a four-year residence at the Villa Medici, the French Academy in Rome, to further his studies (1885–1887).
In his letters to Marie-Blanche Vasnier (a singer with whom he went on to have an eigth-year affair) he complained that he found the artistic atmosphere stifling. He didn’t enjoy the culture in Rome either. The operas of Donizetti and Verdi were distinctly not to his taste. He was often depressed and unable to compose. He was, however, inspired by Franz Liszt, whose command of the keyboard he found admirable.
In June 1885, he wrote of his desire to follow his own way, saying,
"I am sure the Institute would not approve, for, naturally it regards the path which it ordains as the only right one. But there is no help for it! I am too enamoured of my freedom, too fond of my own ideas." 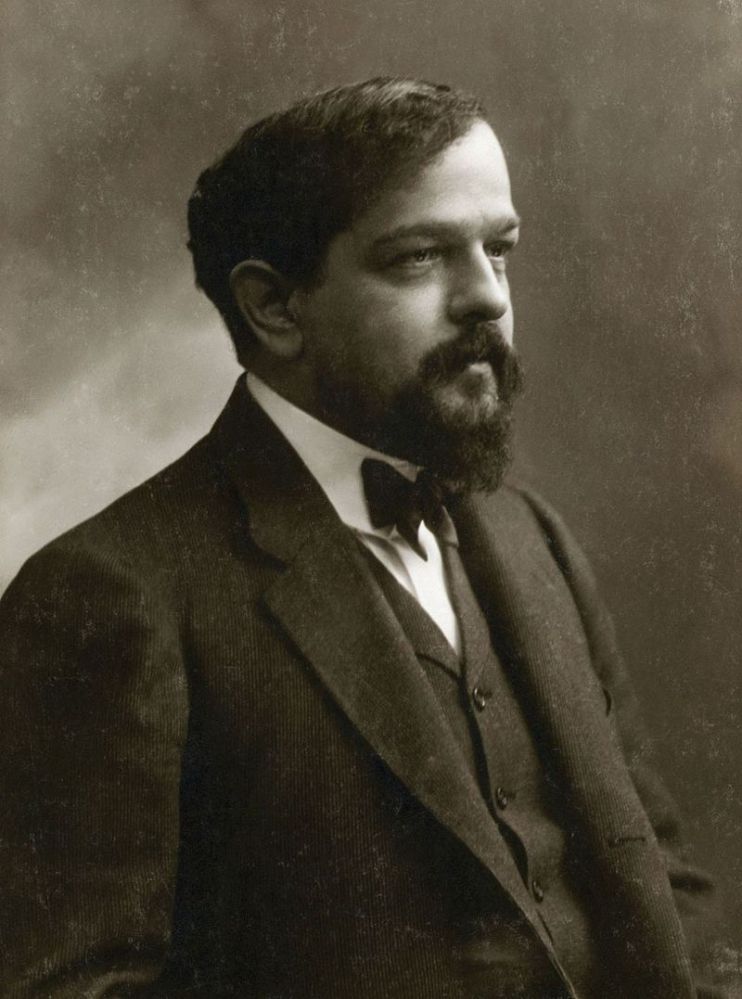 It was Debussy who can to some extent be attributed with the development of modern music in the United States in the early twentieth century. American music critics showed mixed reactions to the composer’s highly original harmonic language and style, but his modernistic musical language and symbolist ideals soon evoked enthusiasm. In the early decades of the century, Debussy’s orchestral music was championed more than that of any other contemporary composer by the symphony orchestras of Boston, Chicago, and New York. His work is also thought to have influenced American jazz long after his death.
Debussy died of rectal cancer at home in Paris home at the age of just 55. His death occurred in the midst of the aerial and artillery bombardment of Paris during the German Spring Offensive of World War I.
His funeral procession passed through deserted streets to Père Lachaise Cemetery as the German guns bombarded the city. The military situation in France was grave, and the public funeral he would otherwise have received, with its pomp and ceremonious graveside orations, was impossible. The following year, his body was reinterred in the small Passy Cemetery behind the Trocadéro, fulfilling his wish to rest “among the trees and the birds”.
Further Reading:
Debussy: The first ‘modern’ composer (a New York Times article by Pianist Stephen Hough
Five pop-ish musicians who owe a debt to Debussy
Debussy’s influence on jazz
And check out our MWC ‘Debussy’ Spotify playlists:
Tagged as: COMPOSER, COMPOSERS, DEBUSSY, IMPRESSIONISM
Share this post: